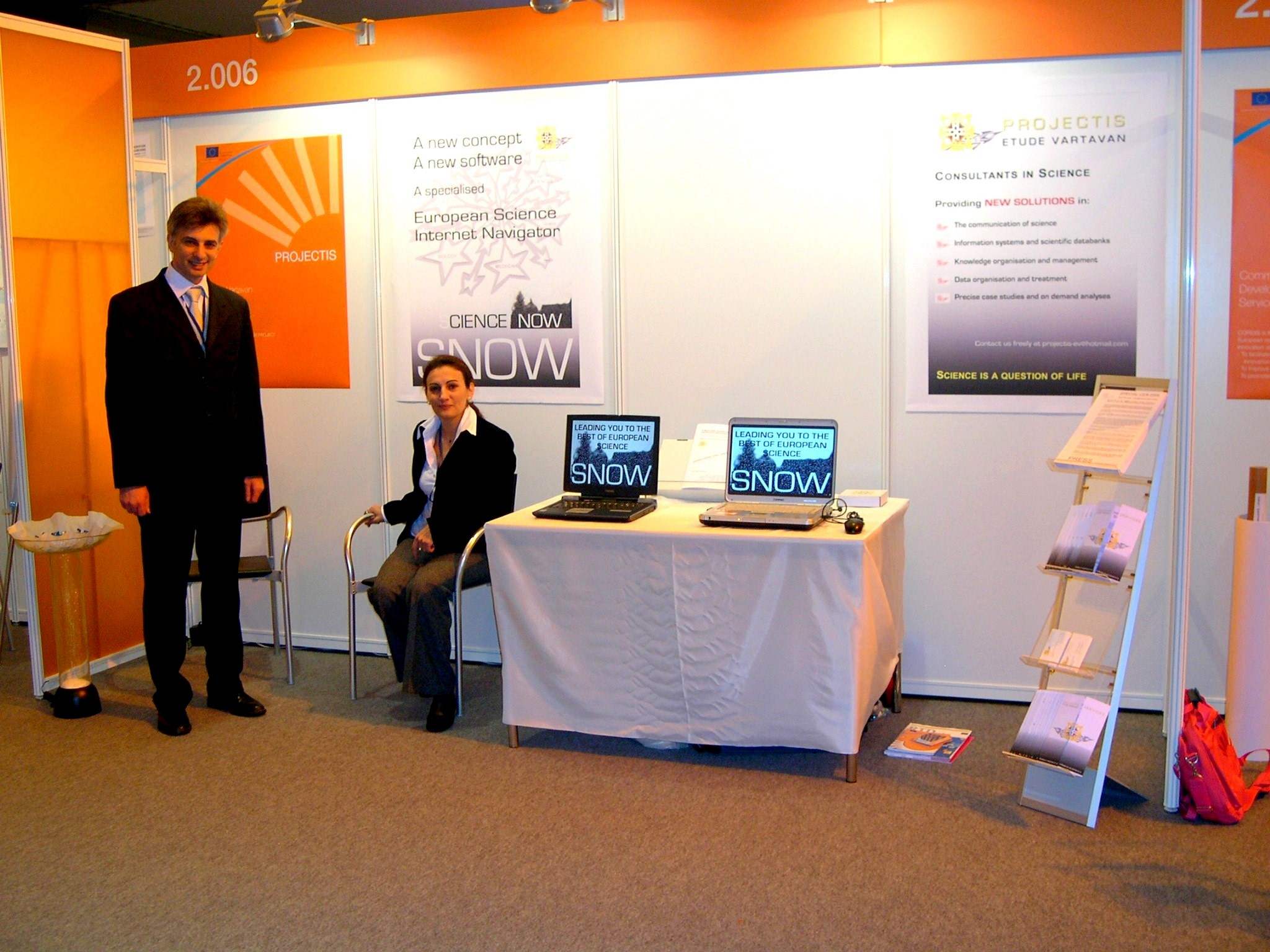 VRCS or Vartavan Relational Classification of Sciences was first presented during the CER 2005 (Communicating European Research 2005) in Brussels on the invitation of the EU Directorate. At the time PROJECTIS, which ultimately would only exist for one year (Dr. de Vartavan became mid 2006 the director a of a university research centre), presented on its own booth a web portal to access the best of European research. VRCS supported the structure of this portal called SNOW and built like a snowflake from which links rayed to the best European research websites. In the same way as V-LIB is based on V-FRAME, VRCS is the ancestor of V-FRAME. The fundamental difference is that VRCS classifies fields of knowledge not according to a multi layer philosophy but according to the natural relationship of sciences and from more 'artistic' or 'interpretative' in nature to less. Hence in its first version 2005 VRCS classified 565 sciences in a circular manner. The classification has not been updated since but could easily be if needed with the new fields of sciences which have emerged since 2005, or those which are simply missing and are listed in V-FRAME. The diagram below shows the circular classification. Note that use of this diagram falls under IP and Copyright laws. It is free for use under the express condition that the following statement appears: ' © Dr. C. de Vartavan & PROJECTIS 2005 - All Rights Reserved'. 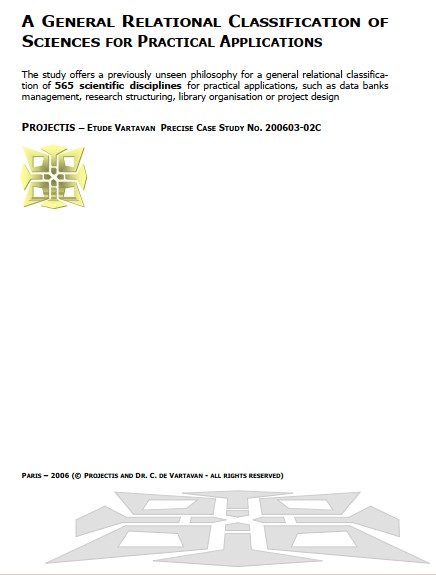 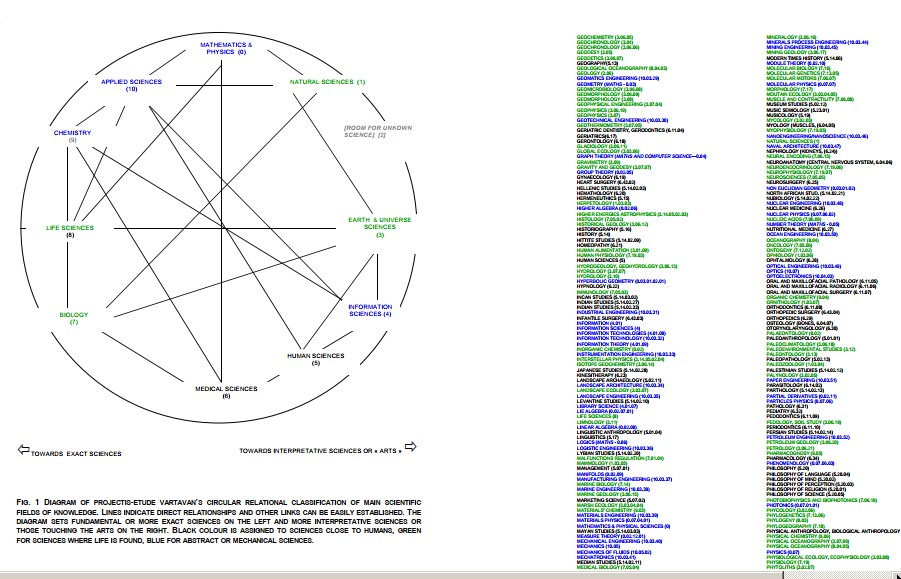